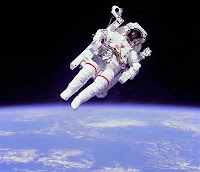 While I don’t take to the friendly skies often, I do love to fly. I love most manner of flight. I’ve been on jets, small fixed wing, helicopters (which is my favourite) and even the Goodyear blimp (which is slow and majestic but it will ruin your hearing).

I have no problem with people learning how to fly. A few of my friends are licensed pilots and I have even taken the controls of an aircraft in the past. Most people who make the effort to learn how to fly are responsible individuals who have the utmost regard for safety and security, unless of course they are in a sleeper cell. The cost of learning to fly and the time involved usually weeds out the dunderheads who might otherwise soar into the clouds and then accidentally plummet into populated areas.

When the Wright Brothers took that maiden voyage at Kitty Hawk just after the turn of the last century it was a simpler time. They didn’t have to concern themselves with connecting flights, lost baggage or the type of liquids they were carrying. They just had a dream – to successfully sustain heavier-than-air human flight. From that day forward, every Tom, Dick & Harry thinks they too have a dream to leave terra firma on their own. Sometimes this frightens me. I recently came across a couple of stories to illustrate this harrowing trend.

Rev. Adelir Antonio de Carli was a 41-year-old Roman Catholic priest in Brazil. Back in April he came up with the bright idea that he could take off from the port city of Paranagua with the help of 1,000 helium-filled party balloons.

It was all for a good cause. He was hoping to raise money to build a rest stop and worship center for truckers. He had intended to fly to the city of Dourados but strong winds, or one could say the hand of God, swept him out to sea.

I often get this image of God looking down at this planet and shaking his head at times for some of the things we attempt to do. He has faith in most of us and I’m sure He has faith in his loyal soldiers, but every once in awhile along comes a Rev. Carli, floating on a lawn chair in the sky. I’m sure the good Lord said, “Rev, since you’re already aloft, perhaps you could come into the office for a word?” The flying father disappeared over the Atlantic back in April, but medical examiners said DNA tests confirmed body parts found floating off the coast of Rio de Janeiro state in early July belonged to the padre. 1,000 helium-filled party balloons should really be used for . . . parties.

Meanwhile, back in the United States Glenn Martin has a dream. He wants to make it possible for all of us to strap on a jet pack and soar into the heavens. This will make our commute to work faster, just as we all envisioned it on The Jetsons.

Martin demonstrated his contraption at a recent air show in Wisconsin. It weighs roughly 250lbs and is about the size of a piano. Actually, he strapped his 16-year old son into it, which in some way must contravene several child welfare laws.

As thousands looked on, Martin’s helmeted son, fastened himself to the prototype jet pack, revved the engine and hovered about three feet off the ground. With two spotters preventing the jet pack from drifting in a mild wind, (gee, the priest could have used these guys, but no, he chose faith) the younger Martin hovered for 45 seconds and then set the device down as the audience applauded. It was Kitty Hawk all over again.

In theory, the Martin jet pack can fly an average-sized pilot about 30 miles in 30 minutes on a full five-gallon tank. This is where I have a problem. As I mentioned earlier, there are some idiots who shouldn’t leave the ground. It’s sad enough that we let them leave the house, never mind letting them drive vehicles, or use heavy machinery.

With the high cost of fuel these days, we are constantly reminded of the stories of people who are trying to get that last drop of gas out of their cars. Our highways are littered with vehicles that have coasted to a halt because their drivers couldn’t properly gauge how much gas they had left. It’s one thing to coast to a stop. It’s another thing to literally fall short of your desired goal to get to work, clipping trees, power lines and the back of the heads of unsuspecting pedestrians.

If it were available today, the Martin jet pack would set you back $100,000 and is designed to conform to the FAA definition of an ultralight vehicle, weighing less than 254lbs and carrying only one passenger, meaning you won’t need a license to use this thing.

I don’t want people above me calculating the math, trying to figure out how much further they can get on five gallons. Starting with that first flight in 1903, leading up to today, flying is not meant to be in the control of everyone – it’s not necessarily for the masses. And speaking of mass, this contraption is for an average size pilot. Look around the United States. There are no average sized people left!

Posted by Peter Anthony Holder at 2:42 AM