Can You Really Trust Your Dentist?

A couple of posts ago I seemed to have struck a nerve talking about doctors and their waiting rooms. This time I am actually trying to hit a nerve, by talking about your friendly neighbourhood dentist.

Few dentists earn graduate degrees online because dentists typically go to a traditional medical school and then dental school. However, despite their extensive training, you should consider a few of these horror stories before you go in for your next cleaning.

For some reason, people seem to have a fear of going to the dentist. This is not a situation that I suffer with. Even though I’ve had more than my fair share of root canals, I think my saving grace is I have a high pain threshold. As a result most of my dental visits have been worry free.

My biggest concern seems to be that my dentist has the hairiest hands and the world’s biggest watch. The hair on his knuckles tickles the roof of my mouth and his time piece would look more appropriate on a chain around Flava Flav’s neck rather than on his wrist. I would be able to constantly tell the time, but since it’s only a couple of centimetres from my nose I tend to keep fogging it up.

My dentist also likes to play classical Musak while he’s drilling. This wouldn’t be too bad if it weren’t for the fact that he likes to join in with the arias, sharing his open-mouthed humming to the hit parade of the 18th Century.

No, if anything scares me about the dentist it’s the stories that I hear from other people or, worse yet, the stories that make it into the news. I always thought that evil dentists were the stuff of films. Sir Laurence Olivier did for dentists in Marathon Man, what Anthony Perkins did for showers in Psycho. I know more than a few people who imagine sitting in a dentist’s chair hearing a Teutonic accent ask them “is it safe?” At least you got a laugh with Steve Martin in Little Shop of Horrors but that’s cold comfort to many.

I guess if society has a fear of dentists, the biggest fear dentists have of society is that we’re not going to pay them. How else can you explain the actions of the two down-in-the-mouth guys in recent news stories?

In October, a 58-year-old patient accused the Rush Green Dental Practice in Romford, England, of injecting Novocain in preparation for an extraction but then refused to pull the tooth until he handed over an additional $50 in cash. The patient had to go home to get his ATM card, probably drooling all the way. He didn’t make it back until the Novocain had begun to wear off. I would like to know why someone would want to go back to such a dentist in the first place. I would be using the Yellow Pages, or a Ouija board – anything to choose another dentist then to go back to this clown.

Meanwhile, police in the Bavarian town of Neu-Ulm said they were investigating a dentist who allegedly barged into the home of a 35-year-old patient in September, tied her hands, forced her mouth open, and removed dentures worth the equivalent of about $500 because the woman’s insurance company declined to pay. Apparently, to use a bridge you must pay the toll first.

But the scariest of all dentists is from the Seattle area. I don’t know what is more frightening, the doctor himself or the naiveté of his patient. Thomas Laney, a dentist and oral surgeon, was able to remain licensed and in business despite unorthodox training; a controversial past, including ten lawsuits against him; and a reprimand in a patient's death. Well, he has been sued again, this time by a woman who said he botched a breast reduction on her three years ago when she was 15. Yes, you read right – a breast reduction!

Call me madcap, but I tend to draw the line with my dentist on anything concerning above or below the mouth. Sure, I give him latitude when working with the parameters that I’ve laid out, but anything that requires an unnatural adjustment of the chair is strictly off limits.

In the most recent complaint, the woman, now 18, saw Laney for a breast reduction in August 2005, but just recently filed a complaint in October in King County Superior Court.

The woman had been a high school athlete with disproportionately large breasts that hampered her ability to play sports, even when she wore three sports bras. According to her lawyer her breasts also caused neck and back pain, so it was not a cosmetic procedure, but a medically necessary one.

According to a plastic surgeon who supported the woman's complaint in court records, Laney lacked the training and education needed for the surgery. The surgeon wrote that Laney violated "the standard of care" by allegedly incorrectly marking the woman's breasts post-op and by placing her nipples "cross-eyed." The surgeon also wrote that Laney gave the woman deformed breasts and "railroad" scars, by allegedly leaving her sutures in too long.

Needless to say, this has left the unnamed patient very self-conscious about her body. She’s in college now, but according to her lawyer, she cannot live in a dorm with a shared bathroom and has never had a boyfriend.

Meanwhile, Laney, who is still practicing, said through his lawyer, Steve Fitzer, that the woman and her parents understood the potential risks of the surgery. "No doctor and no patient want complications," Fitzer said. "But the reasons you have elaborate and lengthy discussions, and sign elaborate consent forms, is because these complications are possible."

I don’t think I’m going out on a limb here when I say that I’m pretty certain there isn’t a form warning you that you could end up with “cross-eyed nipples.”

He said such forms were signed. He also said Laney no longer does cosmetic surgery, but did not know why. I could hazard a guess and come up with at least ten reasons why he’s not.

The patient’s lawyer countered that the consent was invalid, because the parents were not "fully informed" about Laney's training and experience. Laney was doing full-body cosmetic surgeries without having done a residency or fellowship in the subject.

Maybe I’m hasty in saying this, but the reality of life is when we go into a dentist’s office, rarely do we read the fine print on the sheep skin hanging up in his office. While I’m on the patient’s side in this one, having her lawyer state that the parents were not fully informed on the dentist’s training and experience is like saying America was ill prepared to vote for George Bush twice based on his record (perhaps that was a bad analogy).

On the other had, as with the issue of toddlers springing molars, rambunctious puppies, dirty old men and S&M roll players, teeth and breasts are rarely a winning combination. 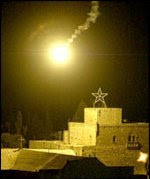