It Was A Fun Ride While It Lasted 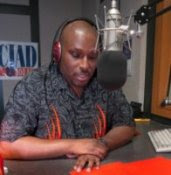 Well, it’s been just about a month since that dark day in early August when the radio show I had done for 20 years came to an end. It was a great ride. It’s also been since that time that I haven’t written any blog pieces, updated my Facebook status or tweeted. It’s been a self imposed communications blackout on my part.

The downside of such a blackout is that people start speculating as to what has happened to me. Have I turned into a hermit like Howard Hughes? Well in a nutshell, the answer is no. I have not been collecting my fingernail and toenail clippings or urine, I don’t wear Kleenex boxes as slippers and I have not started to collect an unusually high number of cats (and if you’ve read past blog posts you know the latter would never happen!)

It’s amazing that with today’s technology people seem to have less and less actual personal contact yet appear to be more connected with each other from a distance. I have no idea who my neighbours are and I couldn’t pick them out of a line up if my life depended on it, but people who are essentially total strangers are starting to hypothesize that I must be lying under a heap of vintage newspapers with mail piling up outside my door just because my Facebook hasn’t been updated over the last little while (I’m surprised some people didn’t start checking hospitals and morgues). Both my website and my blog had the highest traffic on them that they have ever had and again, that’s without me writing one word or changing a single pixel in a month!

Truth be told, there are two reasons as to why I haven’t been online for awhile. The “day of the long knives” was the first Wednesday of the month and the end of the week was supposed to be the beginning of my vacation. Little did I know that my employers wanted my vacation to start earlier and last a lot longer! So I decided that since I had a couple of weeks scheduled off that I would treat the time just the way I had initially planned and do nothing that had anything to do with, or involving work (or due to the current situation, looking for work).

The second reason was for me, due to some surprising turn of events. As mentioned, I have been inundated with emails, social network messages and phone calls in the last month and it’s been nearly impossible to respond to all of them (especially with the aforementioned self imposed exile already in place). The reaction to the article in the Montreal Gazette concerning my termination was overwhelming. As someone who was always more concerned about the show itself, as opposed to my own personal image, frankly the attention, while gratifying, is somewhat embarrassing.

What I do know is that I’m not going to rush into anything. I’m going to take some more time to continue to play online poker, watch daytime soaps and contemplate the future (I know, I know, there are some people out there who think this is worse than collecting your own urine!)

I know that I will still continue to search for the kind of stories that I used to share on the air regularly and write about here on occasion, so the blog will continue in one way or another (and I’m open to suggestions from you fine readers out there as to what the future could possibly bring, both online and elsewhere).

On another note, besides lamenting the demise of the radio show, many listeners expressed outrage at the sudden ending of the broadcast. While I do not agree with the termination itself, I do have to defend the station concerning the speed in which it was handled (oh, how I loathe to have to do this because after all, “boss” spelled backwards is “double-S-O-B”) .

People who do live radio do not and should not get a chance to say goodbye. With 50,000 watts of raw power on two radio stations beaming across all of eastern Canada, into three Border States and beyond, no broadcast outlet in their right mind would give a talk show host who is about to be shown the door a chance to vent their spleen. That would be tantamount to being let go from a major corporation in a major metropolitan area and right after they escort you to the curb of their shiny high rise at high noon, they hand you a bull horn.

As I said in the newspaper article (the link to which you can find above) broadcasters are like professional sports coaches – they are hired to be fired. And firing is all they can do. They can’t kill you. About the only thing I’ve been surprised about, as this whole situation unfolded, is just how other people who are in the business seemed to be . . . surprised! You’d think after seeing this type of thing happen time and time again, they’d realize, it’s just radio!

Posted by Peter Anthony Holder at 12:13 AM