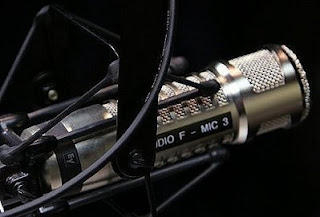 I was never a juvenile delinquent. I spent way too much time as a child with tape recorders and mixing boards. This is how my idle mind manifested itself.

Luckily for me, this idle pastime became a career. For many years I hosted a nightly radio show (now I do a more compact weekly version of that show online called The Stuph File Program).

One of the things I quickly discovered is that the world is filled with odd and wacky people, making for odd and wacky news stories. That’s how the whole Stuph File portion of the old radio show came to be.

Over the years I had done several recorded pieces for the show. Some of the rare items, such as my recording of Oh Little Town of Bethlehem were very serious in nature. Most of them were done with humour in mind.

Since I was doing the Stuph File News on a daily basis, I thought it would be interesting to occasionally do a Stuph File Moment In History. I found the one that I did (and subsequently aired) concerning the story of President Jimmy Carter and a killer rabbit.

While it was well received at the time, I never followed through and did any more of them (for reasons I don’t even remember). Perhaps someday I will look at producing shorter, tighter versions of this for the current show, but in the meantime I thought I would share this item from out of my archives so here it is:

Also, another piece of audio I found was when Pope Benedict spoke for the first time after becoming Pope. I was listening to him from the balcony in St. Peter’s Basilica and all I could think about were the Benzedrine Monks of Santo Dominica and their CD Chantmania

and wondered what it would be like if I found a way of putting the two together. This was the result:


Using a religious context they say that idle hands are the devil’s play tools. So I guess I could say the devil made me do it!

That’s the Stuph – the way I see it
Posted by Peter Anthony Holder at 6:53 PM