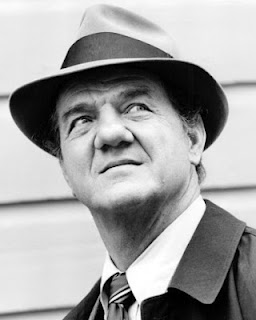 Stuph File Program listeners, another video slide show is here. This one hails from April’s show #0140. It's a retro interview from my celebrity audio archives that features an actor who, sadly, is no long with us.

Over the last 25 years or so, I’ve had the pleasure to talk to some great stars of the past. This time around it’s a chat I had back in November of 2004 with Academy Award winner, Karl Malden.

He was best known as Detective Mike Stone on the ABC police drama The Streets Of San Francisco. He won his Best Supporting Actor Oscar for his role in the classic film, A Streetcar Named Desire.

At the time we chatted he was just about to receive another award. It was the Monte Cristo Award from the Eugene O’Neill Theatre Centre. He was 92 years old and a great story teller.

Watch the slide show on YouTube while the audio plays! Share the link with fans of Karl Malden, one of the great actors of all time!

Posted by Peter Anthony Holder at 11:23 AM