The Mystery Of The Teachers’ Lounge 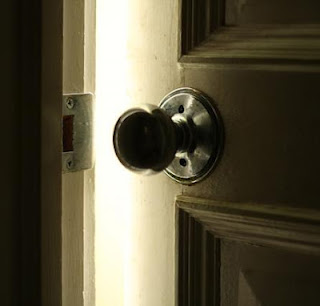 My career has afforded me the opportunity to interview a myriad of people on a plethora of topics, asking questions on some of the great mysteries of our time. And of course, with each and every one of us, the actual maturing process answers many of the deep burning questions we may have had in childhood, like why our parents sometimes needed to be alone; why Betty-Lou was so protective of the contents of her pencil case in 5th Grade; and why you never sneak up behind a war vet and yell “bang!”

But one question has seemed to go unanswered. Does anyone know what really went on behind the door to the teachers’ lounge? Whether it was elementary or high school, the secrets that room held were legendary.

There were stories of students who actually ventured into this educational enclave. These were the stories of legend. Nobody knew these students. All we heard was that they walked in; then vanished!

There were many theories as to what went on. It was a topic, both then and now, that’s discussed in hushed tones. Was there a speakeasy on the other side? Was it a replica of Hugh Hefner’s grotto? Was it a casino where they played Baccarat in dinner jackets like James Bond, or an illegal gambling parlour, like in the movie The Sting?

As students, we sometimes used to hang around the teachers’ lounge door, waiting for one of them to either enter or leave, if only to get a peek inside to the proceedings. This was a time in the 60’s and 70’s when everybody smoked, so the only thing we ever saw when the door opened was an escaping white cloud, as if they had just finished electing a new Pope inside.

And teachers were very quick to enter or leave the room. They would look both ways before they opened the door to make sure prying eyes didn’t learn their secrets. Security at the entrance was tight, much like at airports today, or perhaps more realistically, like trying to cross into East Germany during the Cold War.

We began to fantasize about life in the lounge. While we were brown-bagging it to school with our lunches, the teachers must have had a full catered cruise ship spread in there. During recess manicures, pedicures, full massages and relaxing steams must have been taking place. We knew from the smoke that tobacco in all forms was plentiful, but there also had to be an abundance of food, alcohol and other bacchanalian vices that belied the otherwise buttoned-down world of those entrusted with our education.

Somewhere in this world the people who never had a first name, folks we only knew as “Mr” “Mrs” or “Miss,” must have let their hair down and cut loose and that place had to be the teachers’ lounge.

As we got older and started to make decisions about where life would lead us, we thought less of the lounge. That’s because we knew that some of our numbers would become teachers themselves and surely they would share with the rest of us what we all yearned to know as kids.

But that wasn’t the case. As our trusted student comrades became teachers themselves, they learned the secret handshake, got the special rings (which I believe contains a cyanide pill should they be captured and forced to talk about the lounge) and entered the Star Chamber.

And so the mystery continues to loom. I have very few regrets in life. However I sometimes wonder why I didn’t just make a break for it one day in school and barge in to find out what was going on. But then I think back and remember those stories of legend; the ones where braver souls than I ventured in, only to disappear forever. And I come to the conclusion that some questions are best left unanswered and some secrets deserve to remain a mystery.