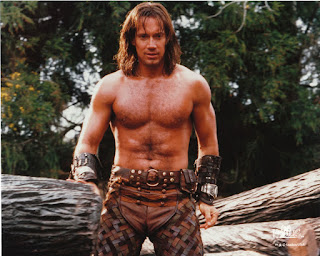 Stuph File Program listeners, it's time for another video slide show. This one is from show #0165.

It's a chat with actor Kevin Sorbo, best known as TV's Hercules.

He was on the show talking about his career and also the serious illness he had which resulted in a series of strokes. He shares his experience in his book, True Strength: My Journey from Hercules to Mere Mortal--and How Nearly Dying Saved My Life

Watch the slide show on YouTube while the audio plays! Share the link with fans of TV's Hercules!