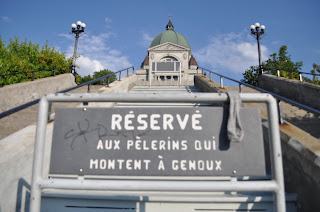 Have you ever wondered about the lonely sock you see in the gutter, on the street or in a field? What’s their story? Well, this is the lonely tale of Paddington Wentworth Sock III. He was a right sock, both literally and figuratively. His politics stressed small government, law and order, a deep religious faith and the status quo of generations.

His “sole” mate was Eunice Mona Sock, a left leaning bohemian atheist who danced to the rhythm of her own drum beat, espoused peace, love and the brotherhood of man and felt it was society’s duty to help those below their standing. But they were a match.

While a passion burned between Paddington and Eunice, their political differences often led to heated arguments. One such battle took place in the dryer. A fight brewed over which political candidate to support. As the dryer got hotter, they tumbled into a lint-filled abyss of animosity and distrust. When the cycle was over . . . Eunice was gone!

Paddington was distraught. Where did Eunice go? How did she vanish from a locked spinning metal cauldron of moisture removal? Was his biggest fear finally coming true? Deep in his gut Paddington always believed Eunice would leave him one day. She was too much of a free spirit to be tied down to such a heel.

But Paddington wasn’t giving up. He had invested his heart into the relationship. He was determined to find Eunice, literally searching high and low, from power lines and trees to gutters and highway medians.

Finally, he decided the only way to go was divine intervention. He turned to his faith, hoping his prayers for forgiveness would bring Eunice back. As devout as he was before, he had now become the most religious sock you ever saw. He was spotted daily at a shrine searching for salvation, one step at a time. This was his last hope, because he didn’t want to go back to his life before Eunice. It was just too dark. But, that’s a yarn for another day.

Posted by Peter Anthony Holder at 2:39 AM