One Should Be Driving, The Other Should Not 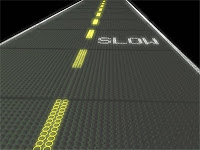 Since the summer is clearly here and the warm weather is upon us I thought I would share with you a couple of seasonal stories. Summer brings us the end of the school year, the beginning of the holiday season, and for us here in North America the birthdays of our respective countries. Above the 49th Parallel it was Canada Day on July 1st. Below it was Independence Day on July 4th.

Sadly when it comes to these respective holidays some people have been known to drink too much and then get behind the wheel. On the air during the “Stuph File” we have often shared the stories of DUIs or DWIs which unfortunately are all too common, so it’s rare when one stands out like this one.

Curtis is accused of hitting a 6-year-old child, while driving a tractor during a Fourth of July Parade. Douglas County Sheriff's Office said according to witness accounts, a group of kids were riding bicycles in the town's Independence Day Parade, when Curtis tilled in the wrong direction, plowing through the kids.

Witnesses yelled at him to stop, to no avail. Curtis ran over the boy's leg, which is where the tractor came to rest. Witnesses were able to get the tire off the boy, but then Curtis just drove off. He stopped about a quarter mile away from the incident and was taken into custody, probably oblivious to what he had done. The 6-year-old was taken to the hospital with minor injuries. Curtis is facing child abuse and DUI charges.

Why is it always kids who get hurt in parades? Why is it never the person playing the glockenspiel? These are the mysteries of life.

School is out in Italy. Would you like to know what the most common graduation gift for girls who pass their secondary school exams in the land of Catholicism is? Breast enlargements!

Boob jobs have knocked cars and summer holidays back into second and third places respectively. 18-year-old Angelica Pesce from Rome said she and many of her pals would be going under the knife in a few weeks having just finished school. She said: "It's a much more useful present than something like a car, which will break down after a few years, or a holiday, which is over within a week. My new breasts will last a lifetime."

Let’s pause for a moment to ponder that quote. She’s 18 and she thinks her new breast will last a lifetime. Has she talked to her mother or grandmother?

Maybe it’s because I’m a guy that I would rather take the car as a graduation gift, but let’s just look at the cold hard facts. Considering that there are car museums and collectors out there who understand the value of a little body work and proper care, a classic car can still have appeal for generations. There are Studebakers and Hudsons from the 1940s that still command attention and top dollar. Breasts from the 1940s however . . . little value.

So Angelica, keep what God gave you and get the car. A little four-on-the-floor will probably get you much further than two on the chest.

That’s the Stuph - the way I see it.
Posted by Peter Anthony Holder at 5:56 AM