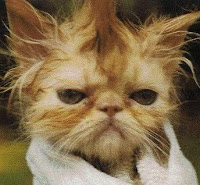 As many of our listeners to the radio show know, I take a major chunk of my summer holidays during the Just For Laughs Festival, the largest international comedy festival in the world, now enjoying its 25th year.

It’s a passion for me to be part of the festival as I always wanted to be a participant as opposed to just a consumer. I love comedy, I love comedians and I love being around them both in a professional and personal capacity. I enjoy the camaraderie of the backstage experience, the imparting of comedic tips to younger comics from the veterans and the annual feeling of being at some sort of comedy camp.

There are friends I have made in the almost two decades I’ve been working with Just For Laughs that I only see at this time of the year. It’s the renewal of old friendships and the making of new ones.

The city of Montreal is blessed with a plethora of festivals. It is a city known for them. While our summers might be short our festivals are in abundance and they are also year round.

Recently the city of Montreal floated an idea about the needed security at such events. Despite the fact that some of these fests bring in millions and millions of tourist dollars, plus free publicity and prestige to the city, the Mayor of Montreal has given thought to being stingy enough to bill organizers for the added police work – work that usually pertains to events such as outdoor concerts that are free to the audiences they draw, sometimes over a hundred thousand.

While I think the Mayor’s comments are some sort of trial balloon that won’t fly in the long run, it is an issue that has raised some attention within the media and that’s actually what I wanted to talk about in this post.

Nowadays it seems in fashion for radio stations, television news and newspapers to constantly poll their audiences about whatever issue floats by, often with some really mind-numbing questions. Recently the local CTV affiliate had a poll question about festivals for their audience to answer. What I find so outrageous about some of these polls, regardless of what the question is, are the folks I like to call “the party poopers.”

You already know where I stand on the comedy festival, but I concede that probably the biggest festival this city has to offer is the Montreal International Jazz Festival. Here’s a news flash for you. I have absolutely no use for the jazz fest. It’s not something I would gravitate to, it’s not something that interests me and I have no desire to be part of tens of thousands of my fellow Montrealers rubbing up against each other rhythmically to see a live show on the street.

But I see the joy that it brings to those who love it, who almost treat it like a religion, who yearn for it each year like I yearn for the comedy fest. As a tax payer I see the economic benefits, the added pride to the city and the shear joy that it brings to those who enjoy it. As much as I don’t partake in it, I can’t imagine this city without it.

So who are these party poopers who would say that there are too many festivals in the city? I’m always amazed when I see a poll where to me the answer is obvious yet there is always a substantial number on the other side. If a news organization asked in a poll, should we tax oxygen, there would be at least ten to fifteen percent saying “yes, why should the air be free for everybody, what – are we in a communist state!?!”

We all know who these people are. We’ve known them since childhood. Their houses were where Frisbees vanished. When you played ball hockey, if the ball went into their yard Amnesty International was incapable of getting it out safely. These were the people who offered up only apples at Halloween (if you even bothered to go to their door). These were the people who weren’t referred to as “Mr.” or “Mrs.” but rather “Old Man Whatshisface” and “Old Bitty Jones.” When you met them you could never imagine them having fun. They’re the kind of folks who think the Amish are going to hell in a hand basket.

These are the people who vote against everything. The blinds to their homes are always drawn, the blinds to their hearts have never been opened and the metal blinders on their soul are rusted shut. (Here’s the second post in a row now where a personality description has reminded me of Dick Cheney).

They never wish anyone “Merry Christmas” – in fact they rally against it. When they come across service people who dare to say “have a nice day” they strafe them with laser beam eyes. They were put on this earth merely as a reminder to the rest of us as to how bland and miserable life can be.

If there was a human zoo that schools could take field trips to this species would be housed in the cage just down the corridor from the one with the crack whore and next to the Hollywood agent. In all cases teachers would advise the youngsters not to antagonize the creatures and for the love of God don’t make direct eye contact.

But party poopers do serve one vital purpose. They are there to make sure that no poll, no matter how simple or innocuous, can have a vote where everybody agreed. They also help the economy because without them, as a child you wouldn’t have had to buy another Frisbee.

That’s the Stuph - the way I see it.
Posted by Peter Anthony Holder at 3:00 PM