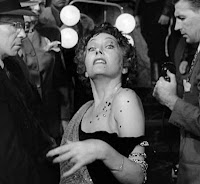 Kids go off to college to get an education - to become more worldly. There is a lot to be said for "book learnin" but one must also rely on common sense. I’ve had the pleasure to work with some highly educated people who were brilliant in their field, yet dumb as a brick. These were people you could take for a ride. So when I hear of stories that deal with students who seem gullible at best, and at worst slow as the day is long, I’m not really that surprised.

For instance, hypothetically, if I was your landlord and you were a nubile young student living in my building, and I gave you advice as to where to stand in the shower and at which angle, won’t that set off alarm bells for you?

Well, get a load of this. After noticing a red flickering light in a black sphere on the ceiling of her bathroom, an unnamed 20-year-old woman student at the International Islamic University Malaysia in Kuala Lumpur pulled it off the ceiling to see what it was. Yes, it was a camera, pointed at the shower. She said the landlord would stop by for the rent every month, and each time would spend 10 to 15 minutes in each of the three bathrooms in the house.

Here’s the quote from another student that tells me just how slow these girls are: "He also gave us strange advice, like where to stand in the shower area while we are bathing and which angles to face."

The house was rented by 19 women, all students at the university. Police found cameras in the other bathrooms, too, and arrested the landlord. What was the explanation he gave to police as to why there were cameras in the show? He wanted to keep tab on water usage! Hey buddy, I believe there are meters that can do that!

By the way, the cameras had been in operation for almost two years. Isn’t this how Big Brother started on television?